The USA is not in a Group of Death 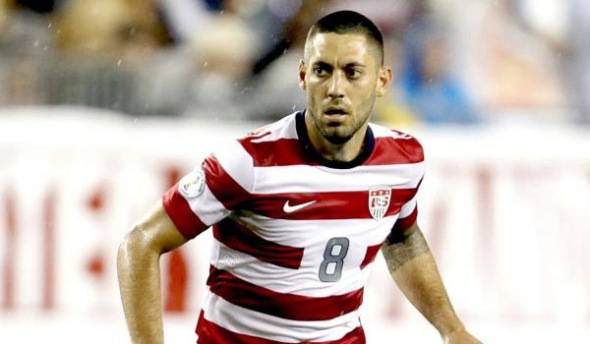 Yesterday, on Friday afternoon, I was nose deep in my company’s annual holiday party – decorations, gifts, and chocolate galore. But when I read the text from my brother which read “Germany, Ghana, Portugal” a single word that rhymes with “truck” ran through my head.

The World Cup draw had come, and it is an absolute nightmare for us.

However, we are too quick to start throwing words around. “Group of Death” has become a popular term in the American broadcast. I get it. The term is fun to say. Use your best Darth Vader voice and try it “GROUP OF DEEEEAAATHH!” But often times, when things are fun to say they are overused.

The US’s Group G is not a Group of Death.

What should a Group of Death really be? My opinion is that for a group to be considered a group of death, there needs to be three or four powerhouse teams who have a seemingly equal chance of advancing from the group stage. A group of death is impossible to predict and ultimately comes down the performance on the field. There are no clear favorites in a group of death.

In the 2010 World Cup, Group A was considered a Group of Death. Mexico, France, and Uruguay all seemed to be evenly matched, and South Africa had home field advantage. Of course, to much of the world’s delight, France fell apart, and Mexico and Uruguay advanced. No one could have predicted that on paper.

This year in Group G we have four quality teams in Germany, Portugal, Ghana, and of course the United States. Yet, Germany is much more talented than the other teams. They are clearly the favorites to win the group. Germany has world-class talent at every position on the field, incredible depth on the bench, and a physical style that can dominate anyone. If Germany is indeed the clear favorite we all think they are, then I do not think Group G is a group of death.

I think the only real group of death this year is Group D: Uruguay, Costa Rica, Italy, and England. There is no clear favorite, and no one should be confident about their predictions. Uruguay and Italy have experienced sides with flashy incredible talent, while England brings a young, fast, and dangerous side which could score plenty of goals if they wake up on the right side of the bed. Group D will be the group to watch!

You could disagree with me and we could look at this issue of defining a group of death subjectively. If we do that then anyone could be entitled to call their group the group of death. Australia and Chile certainly feel like they are in a group of death, and I bet if you talked to the passionate people of Iran, they would consider their chances of advancing from the group stages to be low.

Therefore, through my lens, I do not think the United States is in a group of death. Rather, we are in a group with a dominating Germany, a dangerous Portugal, and a beatable Ghana. If the US is going to advance, they are going to have to beat Ghana on June 16th. If this doesn’t happen, we’re done for.